Alyson & I had the greatest honour along with

38 other members of the George Formby Society to play for

the Queen at Her Majesty's 92nd birthday celebrations!

Watch the video at the bottom of this page!

Alyson - The phone rings, I answered and this voice said "what are you doing on the 21st April? Do you fancy doing a gig but I can't tell you what it is for or where". I replied "I don't think Alan has got a booking for then, I will have to check". The voice said "No, I mean you and Alan".

I got off the phone thinking this is a wind up right, told Alan the conversation, meanwhile the cogs are turning when I blasted out "that's the Queen's birthday, this is definitely a wind up!

I was back on the phone dialling the number as quick as my finger could go! I said "this is a wind-up right, that's the Queens Birthday". The voice said "I have told you Alyson, I can't tell you". Well that's a give away in it's self so I replied "Alan will but count me out". Alan looked at me like I had grown 2 heads. "Are you mad?" he said! Alan spent the whole of the following week trying to talk me into it,

a week later I rang back - "you still got room for a little one"?

We couldn't tell a soul until we was given the okay, not even our parents!

Then the day came when we got the call that we could tell people and where was I ?

Sat in the dentist chair. My phone kept going and my dentist said "Do you need to get that Alyson".

I said "it's okay I know before I even look, it's to let me know I can now tell people that I am going to play for the Queen at the Royal Albert Hall for her birthday".

Seriously, the 1st person I could tell was my dentist and he looked at me like I was on another planet!

Fast Forward to the day before the Royal Performance !

It was an early start to the day! On the train at 7.30am from Blackpool heading to London.

All the way there it didn't feel real yet we was on our way.

On the Friday evening we had a quick rehearsal at the LH2 studio before heading back to our hotel for something to eat and bed, only it was a late night for all as the excitement built. 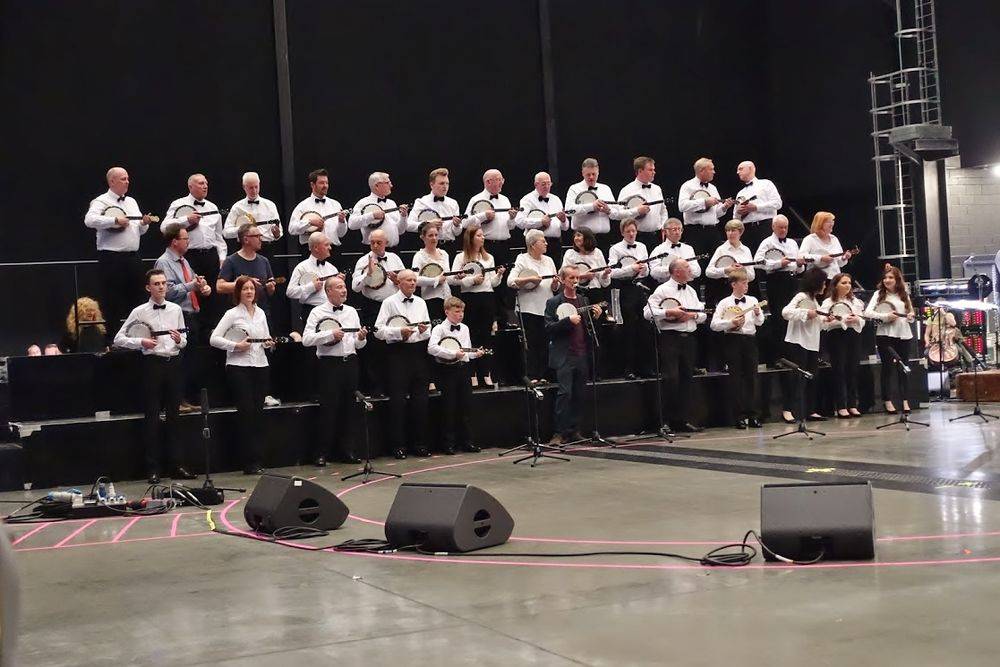 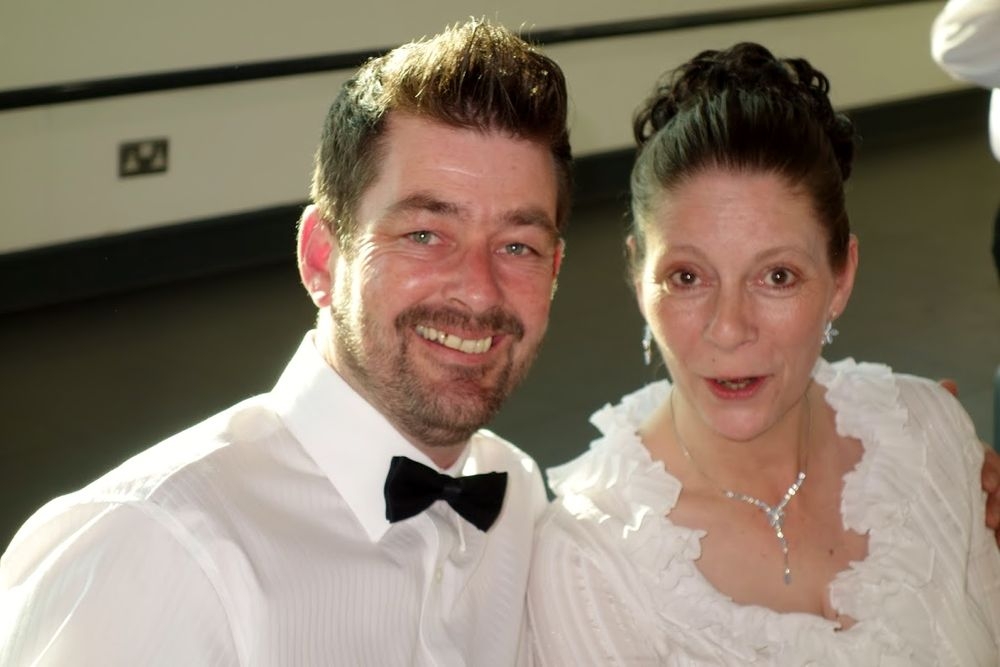 The morning of the

A very long day but what a day! A memory that Alyson & I will always cherish.

We had to be at the Royal Albert Hall for 10am. Get issued our security passes,

make our way to our room and get ready for our sound check rehearsal. 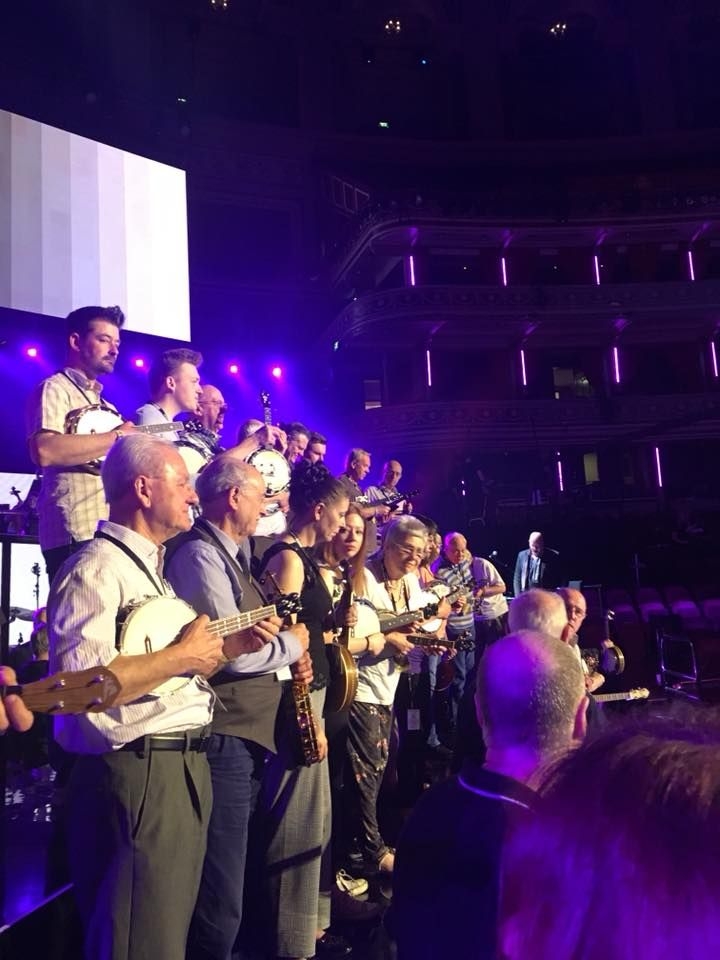 During the course of the Day

We met with many a celebrity, watched them do their sound check, had a look round the famous

Royal Albert Hall whilst spending time with our Formby friends. 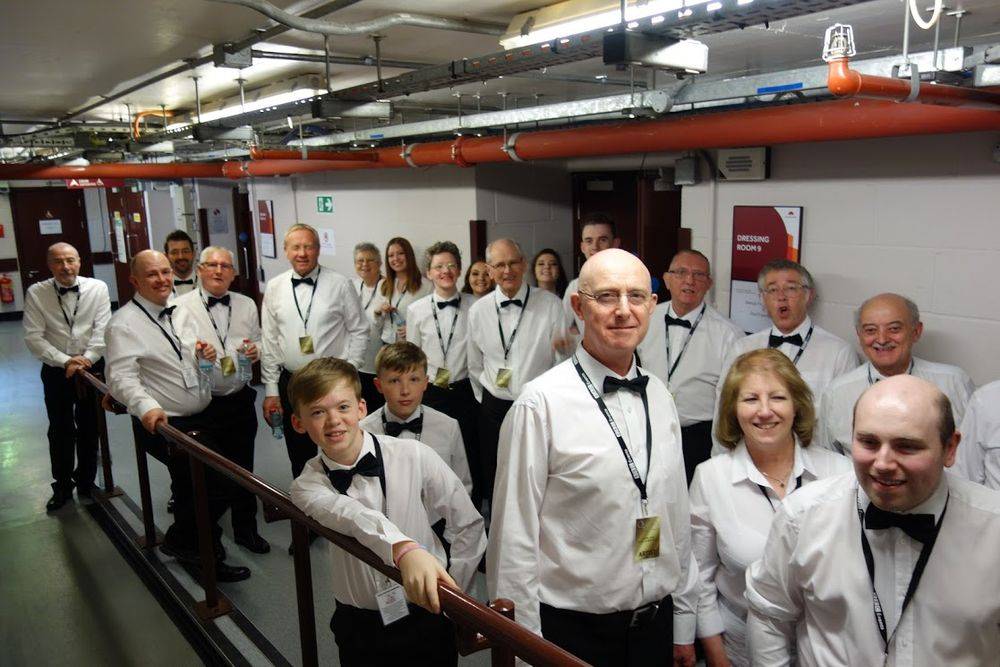 What an atmosphere, what a moment, what a memory!

The very 1st thing Alyson did after the performance was ring her mum to say "I did it"!

Our phones never stopped for days. On the journey home everyone was still in high spirits,

a group of us even played in the central of Euston train station!

Alyson & I are eternally grateful to the George Formby Society's President and Secretary,

Gerald & Vivien Mawdsley for giving us this amazing opportunity! 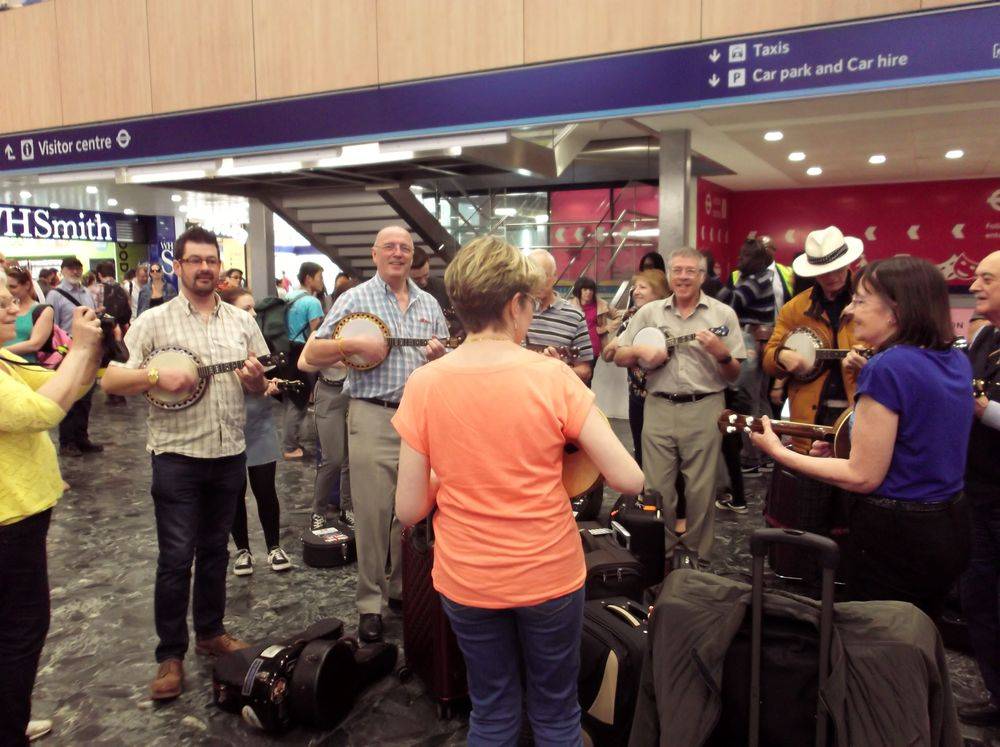 Including us, - Alan & Alyson Yates.